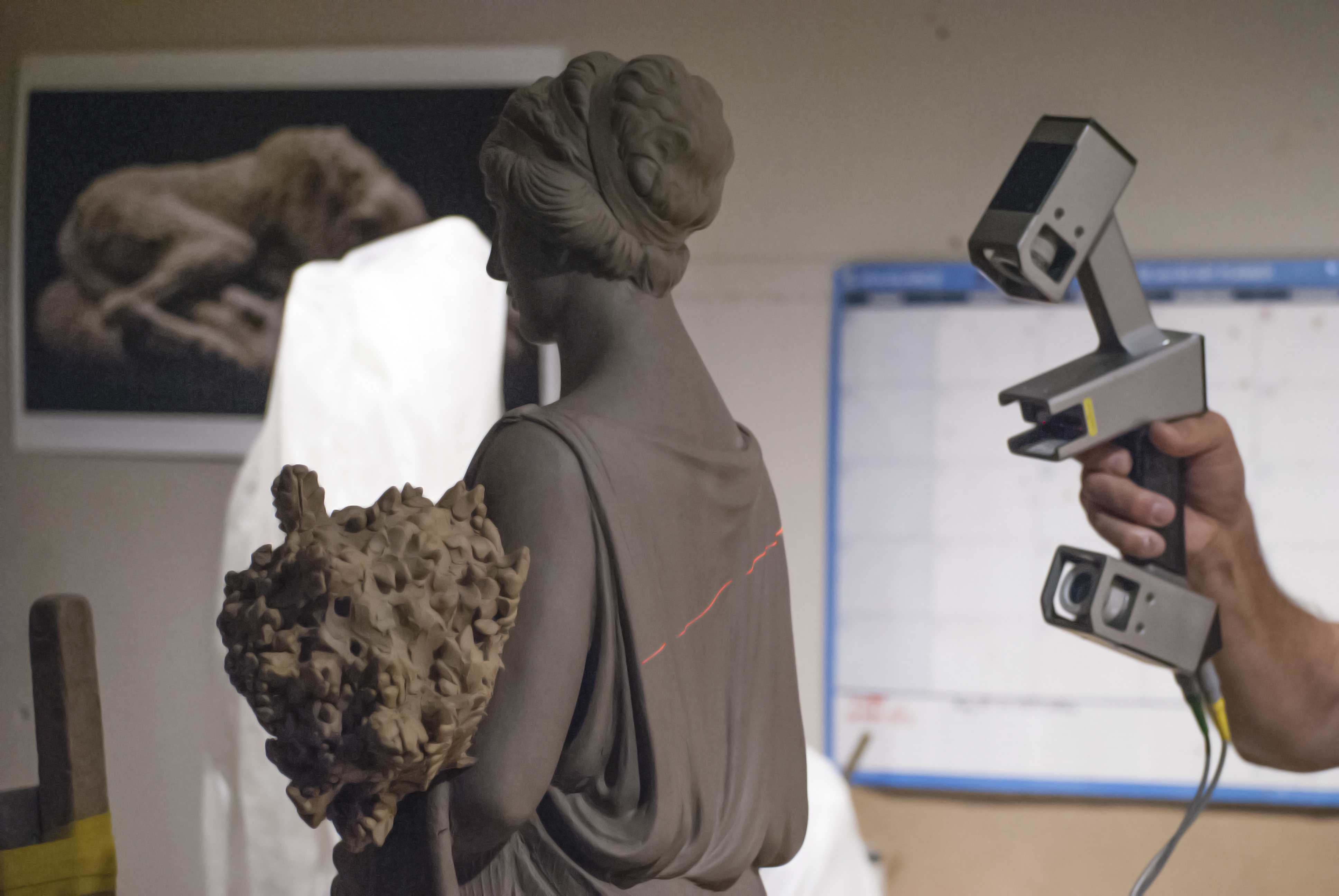 Ceres, The Statue of the Greek Goddess, is Restored

The state capitol building in Montpelier, Vermont has long been known for its beautiful building, graced with a gilded dome and a 14-foot statue. The original statue was made of ponderosa pine, and was created more than 150 years ago; the most recent iteration has lasted 80 years. Officially named, “Agriculture,” the statue is a nod to Vermont’s rich farming history. It represents the Greek Goddess, Ceres.

State officials noted the last few years the statue had been showing signs of wear and tear, and the wooden structure was starting to rot on the inside. A restoration was approved by the state, and marked the third time the statue would receive a makeover, so it could be mounted on the capitol building, keeping watch over Montpelier.

The process of restoring Vermont’s beloved, Ceres, was a delicate one, and a process that was well thought out. The latest iteration of the statue involved a multi-step process and careful planning. First, the massive 14-foot statue was lowered down from the top of the state house so it could be transported for the work to begin.

Next, the statue was redesigned and the new creation was sculpted out of clay. Keeping much of the project local, the sculpting portion was done at Barre Sculptor Studios in Vermont by world renowned artist, Jerry Williams. 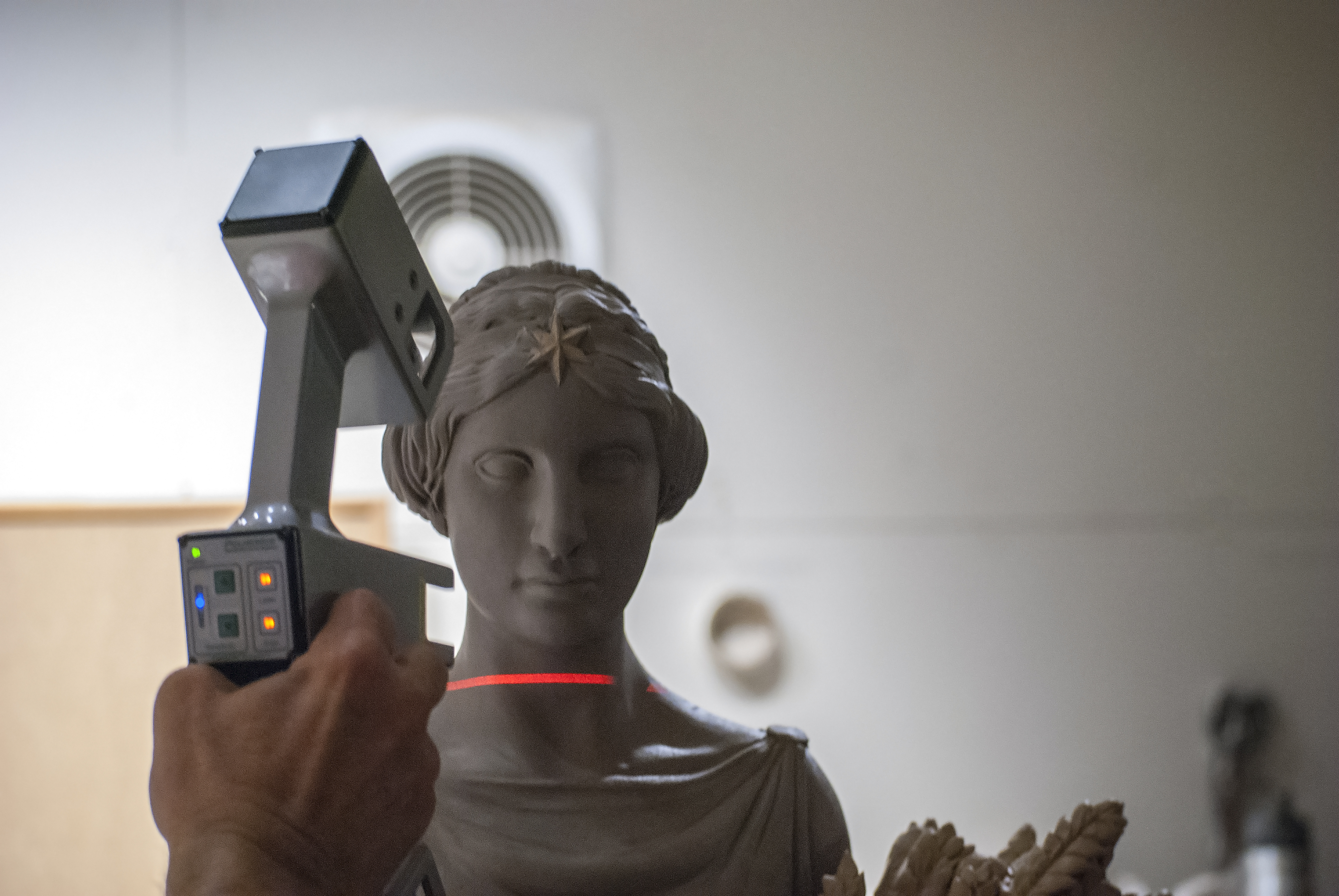 After the clay statue was sculpted, it needed to be scanned, and the 3D file then utilized by a CNC machine. For the scanning portion of the project, the FastSCAN 3D Laser Scanner was used, giving another local nod to Vermont, as the scanner is sold by long-time technology company, Polhemus, headquartered in Colchester, Vermont. 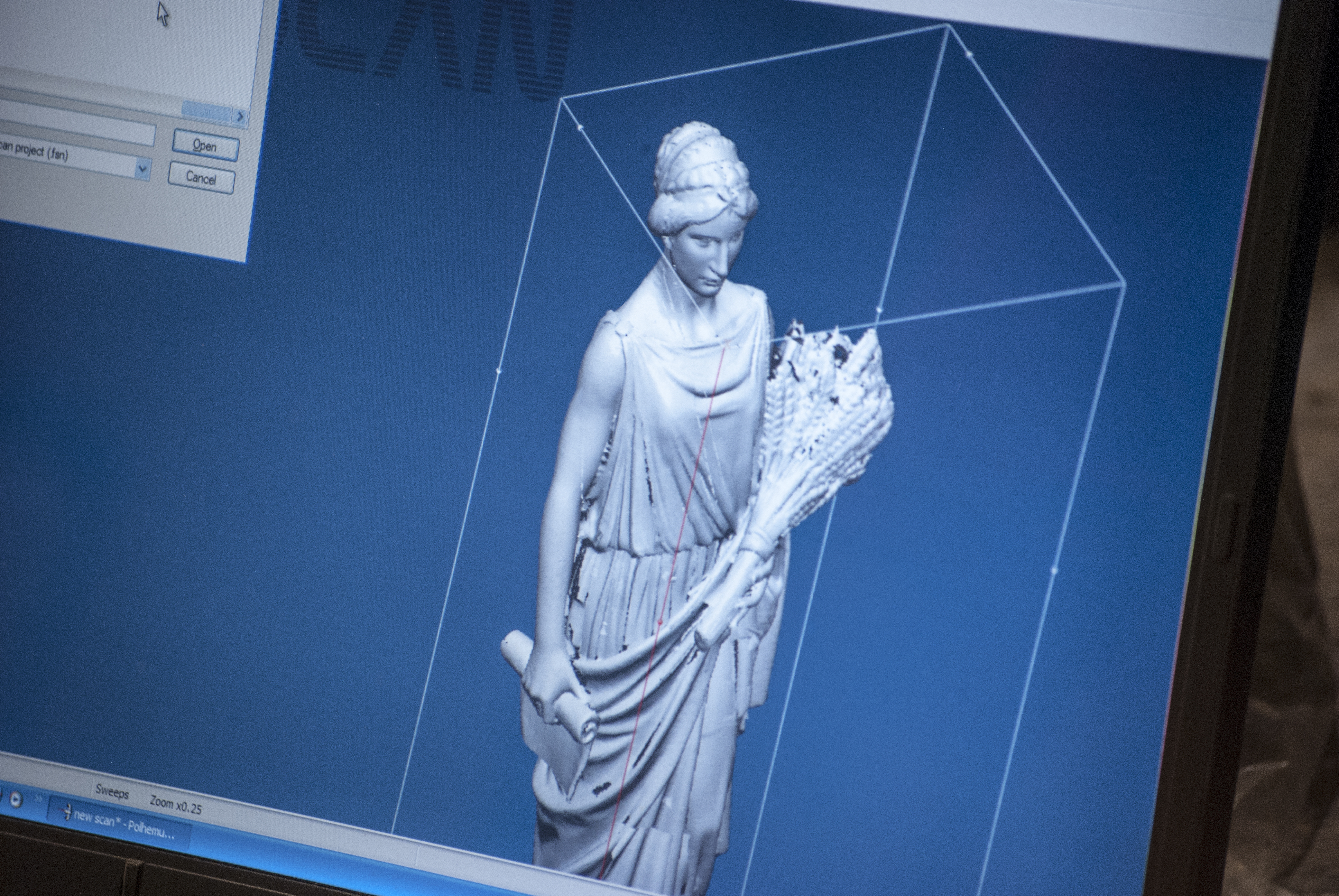 Polhemus President, Skip Rodgers, was elated to learn the Polhemus 3D laser scanner played a part in Vermont’s history. “We are thrilled to know our scanner had a hand in creating the 3D model of the Ceres statue that will adorn the capitol. It makes all of us at Polhemus proud.”

Jim Turner, owner and founder of Honeoye Falls Millwork was approached to do the scanning work. Turner is no stranger to restoration projects, and has been using the scanner for years. He’s been involved in numerous complex projects and has found the Polhemus 3D FastSCAN Laser Scanner to be a critical component in the process, due to its portability, easy set-up, and accurate scans.

An example of Turner’s work is when he used the scanner in creating 3D models for woodworking, including creating a replica of an 18th century pipe organ in Lithuania.

With his long list of previous restoration work, Turner is considered an expert in his field. With a series of precise wand sweeps and the use of the software, Turner was able to build an accurate 3D model of the detailed clay sculpture.

After the clay model was scanned, a rough replica was made out of mahogany wood. This was done with the aid of a CNC machine. From there, the detailed carving and artistry continued.

The new statue is projected to last much longer than either of the two previous statues. The newly designed, Ceres, made her debut and was erected atop the capitol building November, 2018. With new mahogany material used, and a strong epoxy finish, Ceres once again stands strong and proud, and will watch over the city of Montpelier for approximately the next 200 years, roughly 2218. 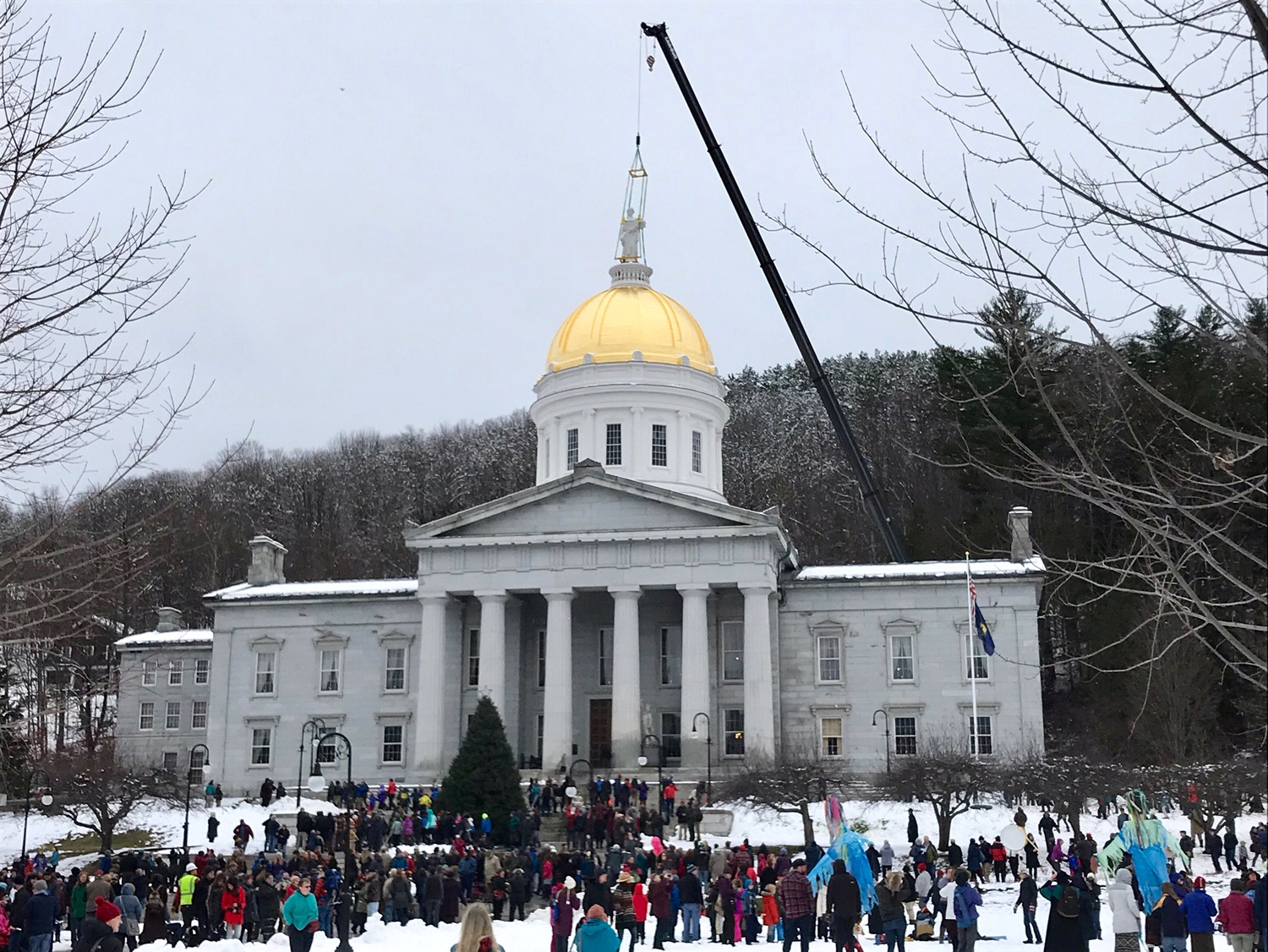 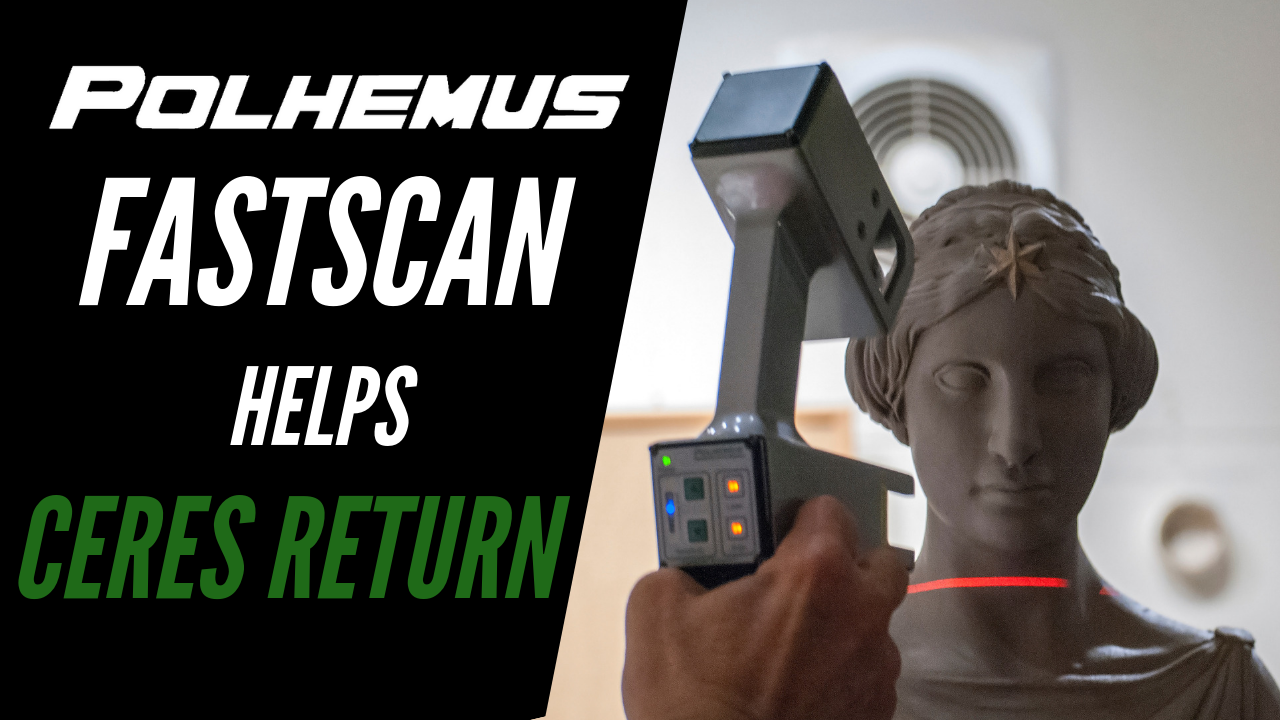 The high fidelity scanning capability of the Polhemus FastSCAN aided in the replacement of the 80-year old statue atop the Vermont Statehouse.