Using the Polhemus FastSCAN, a 1.2 meter model of Te Kaha, a frigate in the Royal New Zealand Navy, was able to be digitized. 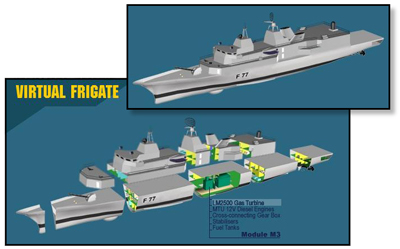 Finally, image files were rendered, and a Java applet was written to provide the interactivity, to form the final 3D models that appears on the Royal New Zealand Navy website.

"We found that the Polhemus LIBERTY system of magnetic tracking sensors was a perfect choice. This system provides extraordinary precision and ease of use."