Case Study: Polhemus FastSCAN used in The Lord of the Rings Motion Picture

Case Study: Polhemus FastSCAN used in The Lord of the Rings Motion Picture

The Lord of the Rings used a template for all of their computer generated characters from detailed clay maquettes sculptured by workshop artists. The Polhemus FastSCAN, 3D scanner became invaluable in capturing data off the scale creature maquettes. 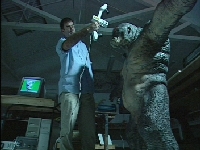 In a traditional approach, the digital modelers would have modeled the creature by eye, referencing the sculpture, or loaded photographs of the maquette into the computer, resulting in rough CG approximation of the detailed maquette.

At the start of The Lord of the Rings, Weta Digital became involved with Applied Research Associates, a New Zealand company that had developed a groundbreaking 3D scanner, later picked up in the United States by Polhemus and marketed as FastSCAN. That 3D scanner became invaluable in capturing data off the scale creature maquettes.

"It was not only incredibly accurate; it was free-form. It was free to rotate at any angle in relation to the object being scanned, so there weren't areas in shadow to the scanner. The wand could get into every nook and cranny." Matt Aitken 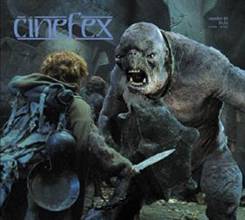 "The scanner was extremely successful in capturing minute detail," creature creator, Richard Taylor, elaborated. "To facilitate this high-end scanning, we created very large-scale scannable maquettes for some of the creatures, up to six-feet tall, in some cases."

"As the scan progressed, we could see the creature growing in real time in the computer. One of the problems with visual effects is it's too easy to alter the designs. With this technology, we could tightly control the art direction..." said Taylor. 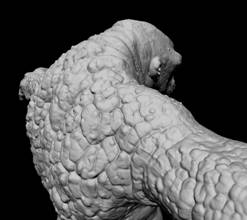 In the course of several passes, the scanning laser would be moved over every surface of the maquette.

The software attendant to the scanner would then stitch those passes together, creating a single surface with no overlapping data due to its ability to recognize when the laser was passing over a point already scanned. What resulted from the scan was a highly detailed, single polygonal mesh model (see image).