Virtual reality products have always been the leader in the market, but the technology used in the original units, created ten years ago, was extremely outdated. Arcadian Virtual Reality, L.L.C. provides virtual reality entertainment. Recognized around the world as the industry leader in Location Based Entertainment, Arcadian uses Virtuality™ equipment, originally developed by Virtuality Entertainment, LTD. 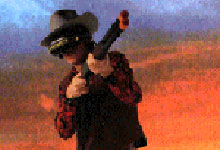 Virtuality products have always been the leader in the market, but the technology used in the original units, created ten years ago, was extremely outdated. Polhemus InsideTrak boards could no longer be purchased along with other devices and Arcadian was faced with the challenge of producing a brand new product and had to shop for alternative components.

Already using the InsideTrak for head and hand positioning in their software experiences, Arcadian had to find a new unit that would be comparable to the previous products without sacrificing quality or price. When researching for a new tracking device, Arcadian technicians began scouring the market for the best available products. They quickly identified some key issues.

"We began looking at the PATRIOT™, a newly released product from Polhemus. Even though this was not an integrated option, the footprint was small enough that we would be able to place it inside of our unit. This accomplished our first goal." 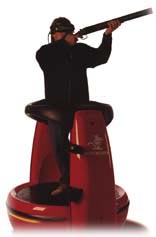 The second goal was serviceability. Arcadian found many products that would provide tracking solutions adequately, but none were easily replaced or repaired. The USB and RS-232 compatibility of the PATRIOT was perfect for their installation. Arcadian was able to quickly replace the unit and its components. The sensors and source generator were simply plugged into the unit, not hard wired. The ability to swap components in a short time accomplished their second goal.

Tracking systems have often had problems with Degree-Of-Freedom (DOF) levels. Arcadian found multiple products that provided 3DOF, none of which suited their needs. In order to provide a reliable virtual reality experience, they needed a 6DOF tracking solution.

"After testing products by other vendors, the PATRIOT quickly became our solution," stated Hargrave. "It provided our 6DOF solution at a superb update rate of 60Hz with a 12 millisecond latency. As for refresh rate, the PATRIOT outperformed any other product we tested. Our third goal was quickly realized."

The Arcadian software experience often requires the user to hold their hand(s) outstretched. With a tracking sensor on the hand, this often created interaction complications with products from other vendors. Since the PATRIOT provides a range of up to four feet with accuracy, their fourth goal was met. Arcadian products are internationally known, so they had to provide a system that would work in European markets. The PATRIOT provided a built-in solution, being able to operate on U.S. power systems (120 volts) and European systems (240 volts). Arcadian found they could seamlessly integrate this product into their new design.

The final and most important goal identified was ease of programming. "In the past, we had to write our own source code for tracking devices, taking much time and resources. With the need to push a product as quickly as possible, and an SDK included with the PATRIOT, with well documented code available," noted Hargrave, "we could integrate the tracking system into our experiences as quickly as possible. PATRIOT has proven to be the solution."