As the industry's most compact handheld laser scanner, FastSCAN™, is a fast, flexible and attractively priced system for scanning 3D objects and significantly speeds up the 3D modeling and animation process. FastSCAN was the perfect solution for creating special effects for this movie project. 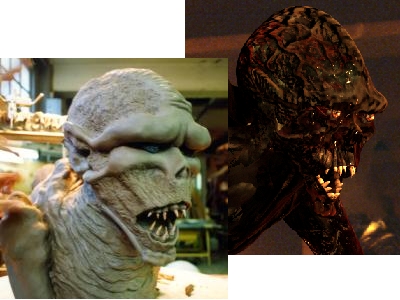 First Sun is a company associated with The Gibson Group, dedicated exclusively to feature film production. In 2000, it premiered writer/director, Glenn Standring's The Irrefutable Truth About Demons, at the Cannes Film Festival.

The Gibson Group is recognized as one of New Zealand's leading independent film and television production companies. It has built an international reputation based on creativity and professional excellence and specializes in the production of high-end television drama for both primetime and children's audiences. Arts magazine, comedy and information programming also contribute to an output of between 80 and 100 hours of programming each year.

Nigel Streeter, who was the Special Effects Supervisor for Demons, designed and set up the Gibson Group CGI facility three years ago. He has remained at the helm ever since, producing a steady stream of impressive visual effects. As well as creating visual effects, Nigel and his team are skilled at 2D and 3D animation, specifically the creation of 3D environments and 3D character animation. They also write their own CGI scripts, and develop software for specific graphic requirements. 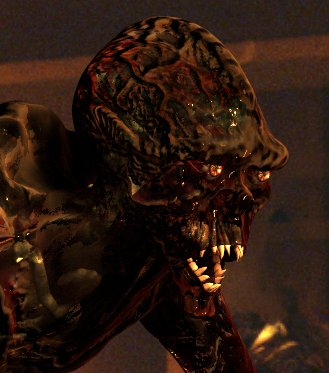 The challenge for Nigel and his team when working on Demons was the daunting task of developing special effects on a budget that was considered very limited, based on the effects they planned to create.The Polhemus 3D FastSCAN was the perfect solution.

As the industry's most compact handheld laser scanner, FastSCAN™ is a fast, flexible and attractively priced system for scanning 3D objects and significantly speeds up the 3D modeling and animation processes. Instead of bringing objects to the scanner, users take FastSCAN directly to the object – anywhere in the world.

Built with Polhemus' world-renowned FASTRAK® tracking technology, FastSCAN combines handheld convenience with the ability to "auto stitch" 3D models together in real-time. The scanner knows at all times exactly where it is in relationship to the object that it is being scanned.

This information is transmitted to the imaging software that instantly joins the pieces into a single, exact three-dimensional replica of the object being scanned. When you're done scanning, the files can be easily exported into nearly all leading CAD, graphics, and animation applications.

To keep production of Demons on schedule, a quick digital solution was needed. After an intense review of digital technology options, they came upon FastSCAN. First Sun determined that FastSCAN was the only viable scanning solution, and decided to go for it.

"The scanner arrived Friday evening and we began scanning within 30 minutes of unpacking the unit. We were extremely surprised with how easy the scanner was to use, and how portable it was." Nigel Streeter

The Producers immediately became at ease with their decision to go digital as they saw how simple it was going to be, and how much more detail and realism they could achieve by using FastSCAN. First, Nigel and his team digitized a small scale Maquette of the whole creature, then the full-scale model of the head and shoulders (bust). See the screen print of the scan that was digitized with FastSCAN and the maquette of the demon. This was created in just 15 minutes.

"The high level of textural detail that we were able to capture was beyond what we ever imagined possible. It provided us with the ability to create creatures that lookvery real," said Streeter. "In the end, the FastSCAN allowed the movie to be truer to the original concept without filming the creatures in the physical world. FastSCAN also enabled the producers to view the special effects on screen in seconds. This helped to eliminate errors and made the entire creative processes more efficient."

The Gibson Group not only recognizes a need for the scanner as they utilized it here, but they would also like to have FastSCAN on every set to scan images that can be imposed into the film during post-production. According to Streeter, "We feel that FastSCAN is a great tool and reasonably priced solution. We would like to continue to use FastSCAN to produce high-quality, innovative, special effects for future projects. Scanning as a means of creating digital images, provides us with a fantastic solution for creating lower cost effects without having to sacrifice quality."

“I have been using Polhemus technology for 12 Years, and am the owner of FASTRAK, LIBERTY, and G4 systems. Having consulted to 1000’s of golfers through associations and professionals in nearly 20 countries, my equipment needs to be portable, accurate, and reliable in varied environments which these systems provide.”