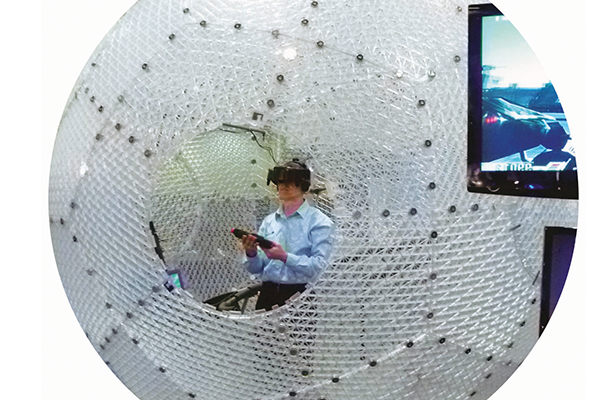 Imagine stepping into what looks like a human-sized gerbil wheel, and being completely immersed in a virtual reality world that’s enveloped by a sphere—a sphere that transforms your entire environment at the click of a button. With endless possible scenes to explore, you could be taken on a strenuous trail run that pushes your limits, tour the city sites of Moscow, or even test your reflexes in a combat zone where every second counts.

These scenarios are all made possible by Virtusphere, the virtual reality locomotion simulator. Virtusphere utilizes the Polhemus G4™ 6DOF wireless motion tracker, based on its portability, seamless tracking capabilities, and the fact that it delivers both position and orientation. 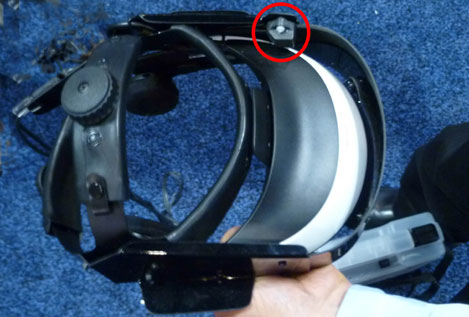 The Latypov brothers are the brain power behind Virtusphere. Ray Latypov, Virtusphere CEO, and Allan Latypov, CTO, developed the idea and perfected the Virtusphere product. It works similar to a giant version of a track ball on a computer mouse. The 10-foot hollow sphere is mounted on a special platform that allows the user to rotate freely in 360 degrees. Users wear a head-mounted display, and the sphere design allows them to walk, jump or run, as they are fully immersed into a virtual environment.The wireless G4 provides the user complete freedom of movement as they react to the changing scenes viewed on the head-mounted display.

Paired with the G4 Polhemus technology, the user is untethered, unrestricted, and every movement is in sync with their virtual environment.

The sphere is portable, weighing approximately 650 pounds and requires about 100 square feet to set up the apparatus. The sphere can be transported by minivan or a vehicle of similar size, and takes approximately six hours to construct. 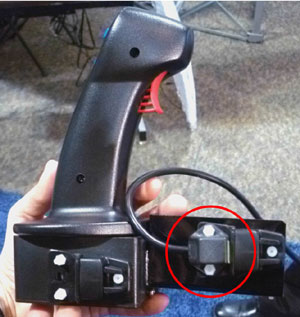 Polhemus provides the motion tracking technology for the sphere application. The highly accurate tracking capabilities of G4 make it possible for users to react in real-time to real-world obstacles as they walk, run and jump.

This level of 6DOF precision tracking, combined with the locomotion of the sphere, provides the user with the most realistic training simulation experience possible. This makes Virtusphere ideal for applications such as individual training, team training, and mission rehearsal exercises. (Image shows Polhemus 6DOF Sensor attached to gun manipulator).

Virtusphere is committed to providing solutions to end users, application developers and integrators. An endless possibility of applications exists,by using all of the same hardware and simply changing the software. Aside from virtual military combat training for soldiers, Virtusphere can also be helpful in training security forces, fire safety personnel, or other types of teams that can benefit from muscle memory training or reflex testing. Outside of training exercises, other applications for Virtusphere include: virtual tours offered in museums, virtual workouts in fitness centers, virtual architectural walk-throughs, and innovative gaming applications that allow the users to be immersed inside their own video game.

When asked what the future holds for Virtusphere, Ray Latypov says, for him, seeing his idea come to life is already magic, but he is still shooting for the stars, and has several other new ideas in the works. He refers to himself as an inventor, and a scientist—and some see him as a visionary. As far as what’s next for Virtusphere, Latypov replied in true visionary fashion, “I think about all the things you could do…and I say…why not?”

The Russian born Latypov brothers had an interest in computer video games and saw potential for something new. Ray Latypov was educated in physics, and had a background and interest in mathematical modeling and simulation.

In 1993, Ray Latypov went to the New York City library and devoted a month to reading about virtual reality. He was surprised to learn that although other systems existed, none utilized immersive locomotion. Latypov formulated a clear vision to develop a virtual reality locomotion solution. He began to think of all the ways it could be used, including military training for dismounted users. Latypov says, “Pilots have this type of training available to them; why send soldiers to war into dangerous situations without the most realistic training environment, instead of using one that actually involves training muscle memory? Virtusphere delivers this.

Virtusphere has gained much media attention and has appeared on CNN, Fox News, and the Discovery Channel, among other media outlets. The Virtusphere product has been utilized in a variety of ways—everything from entertainment for large corporate parties to training and simulation for military candidates.