The studio was tasked with the immense project of creating a digital archive of the 1977 Star Wars artifacts. A team of technicians from Gentle Giant was allowed access. "The FastSCAN was critical to the project," says Steve Chapman of Gentle Giant Digital.

Gentle Giant Digital is a world-leader in digital 3D scanning for toys, games, & film, and a division of Gentle Giant Studios founded in 1994 and based in Burbank, California. Gentle Giant Digital use a wide range of scanning equipment allowing them to digitize full body, heads, props, maquettes, vehicles and movie sets, and provides a mobile digital service. 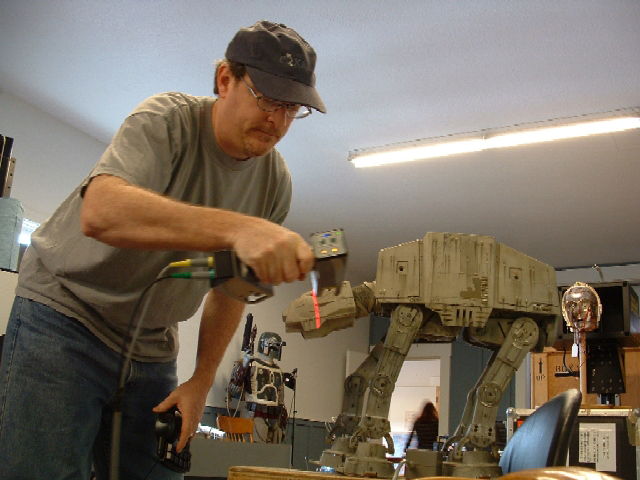 Gentle Giant selected the Polhemus FastSCAN™ Cobra™ and according to Karl Meyer, owner of Gentle Giant, "It has proved to be a key component. The FastSCAN has completed our arsenal." Recently, the studio was tasked with the immense project of creating a digital archive of the 1977 Star Wars artifacts.

A team of technicians from Gentle Giant was allowed access to the famous Lucasfilm archives at Skywalker Ranch where they digitized props, models and costumes, everything from Han Solo's blaster to the original Imperial Walker model.

The FastSCAN Cobra is a lightweight, handheld laser scanner, which you sweep over an object – just like spray painting. This lets you scan those hard to reach places other scanners cannot, as Steve reported from the set of Star Wars III in Sydney: "In fact we have never been able to scan rubber prosthetic masks effectively in the past because of under-cutting fill-in from our head scanner."

"FastSCAN was critical to the project." Steve Chapman of Gentle Giant Digital 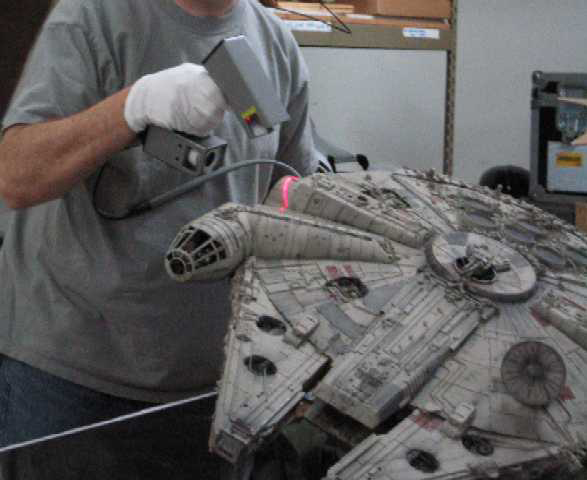 As you scan, the 3D image appears on the computer screen in real-time. The finished scan is then processed by the FastSCAN software to combine any overlapping sweeps, significantly reducing the time to develop surface models. "We love our Polhemus scanner," says Steve. "In fact the creature department on Star Wars III loved it so much that their entire crew often spent their down-time scanning their own creature creations."

From the set of Harry Potter III in London, Steve said, "The scanning wand has been able to get data from objects we could not conceive of scanning with any other gear." They were able to scan an eight foot tall werewolf among other items on the set. Steve emphasized, "I don't know how we could have done it without your scanner."